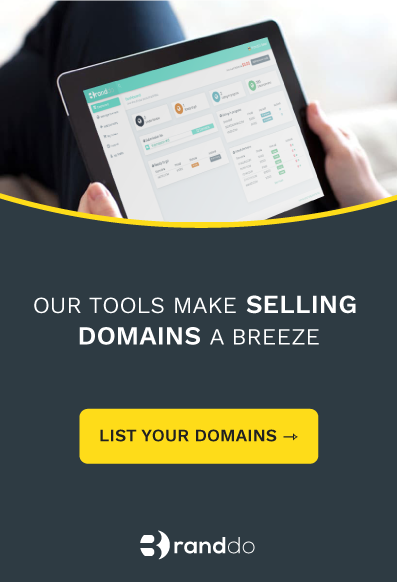 Choosing the right domain name is an extremely important decision, and the domain name you choose can make or break your online business. The name you eventually choose will feature in all your marketing and advertising, as well as being a focus for Google searches and many other aspects of your business or personal profile. Getting a trendy brand name idea isn’t easy. You want a website address that will be both memorable and meaningful while simultaneously describing what your brand is all about. Much like buying a home with the best address in town, your domain name is probably one of the biggest choices you have to make because picking the wrong domain name can be like buying the perfect house in the wrong zip code — bad investment choice. Choosing the perfect domain name is a tedious and time-consuming process. You’ll need to come up with a list of names and then check if they’re available one-by-one until you find a match. And if you don’t, chances are you’ll end up choosing a mediocre domain name for your website that fails to make a positive first impression. This is where BrandDo, a creative Trendy name generator, comes in. BrandDo helps you save time by automatically generating a lot of available trendy business names for your brand. All you need to do is specify your idea by submitting one or two keywords. You’ll get dozens of available ideas instantly. When looking for a place to get a trendy domain name, BrandDo is the big kid on the block. All of our domain names have been developed in-house by experienced branding experts and are designed to become brand names - professional business names that are distinctive, memorable and evocative.

SummaryThis name could be broken into two words i.e. a Turkish word, “LOTO” which means “Lottery” and “Tom” is used for “cat” in English. So, its meaning could be considered as “Lottery’s Cat” or “Lot..

SummaryIt is very essential for every brand to have a name because it gives their customers an insight on what to expect from the brand, but that doesn't mean you should use anyhow name, no, the name ..

Summary This sounds so energetic and lots of passion is created when the name is being pronounced its a perfect brand name for food producing industries or any company that sells energetic fo..

SummaryThis word could be considered as a compound word which may include English word “A”, Portuguese word “MEDO” means “FEAR” in English and Portuguese word “DOR” which means “Pain”. So, its meaning..

SummaryThe name is combination of two words from different languages i.e. Romanian word “AVIND” means “Taking” and “Viand” means “Food Stuff or Food”. Its meaning in a simple sense is “Taking Food” or..

SummaryThis word could be considered to be a combination of two different words of English and an addition of a to that, i.e. “Bat” means “The Cricket Bat i.e. for hitting something hard” and “Ox” in ..

SummaryThe name BEVYLUXE is gotten from two word berry and look. What this name is simply trying to tell us is that their product has an excellent smell just like berry and will make you look amazing...

SummaryThe root of this name is bid. It gives us an insight into the type of business which this name is most likely going to be associated with. This name will suit the auction based industry caused ..

SummaryThis name is basically the combination of bio and life to give Biolific. It's a brilliant combination and that's what makes it unique and authentic. It's the ideal name for any business associa..

SummaryThis word seems to be a combination of two words i.e. “BLOM” which is a homophone of the English word “Bloom” means “flower” and “Ex” means “Old”. Its meaning in whole could be considered like ..

SummaryThis word seems to be made up of two different words i.e. “Bra” in English is the abbreviation for the word “Brazier” and “DOX” could be related to the English word “Doxy” which means “Mistress..

SummaryThis word seems to be a compound word consisting of German word “BROT” which means “Loaf “or Bread” in English and “Ton” in English means “Many or Much”. So, its meaning could be considered as ..

SummaryThis word looks like a compound word and it could be broken into Romanian word “CA” which means “That or Such as” and the word “Antic” is a homophone of the English word “Antique” which means “..

SummaryThis word could be broken into two words i.e. “CEM” which is resembling with English word “Cam” and French word “MES” which means “My” in English. So, its overall meaning could be considered as..

SummaryThis is a Spanish word which means “Cinema or Movie” in English. This name is unique and different and it is a brand able name. This name could be given to any website for movies. ..

SummaryThis word could be related to English word “Cask” which means “Rounded container for liquids”. As per the meaning this name should be given to anything related to box, bottles or containers etc..

SummaryThis name represents standard and supremacy. It contains just six letters which are carefully arranged to produce this pleasing sound. A name like this is what gives a company it's golden image..

SummaryThis word is resembling a lot to an English word “Comfy” which means “Comfortable. This word has a quite different meaning and as per its meaning this name should be given to anything related t..

SummaryA name like this is not common and therefore is regarded as one of the best. It can be used for a fruit-producing company because of the pleasing sensation perceived by the ear when pronounced...